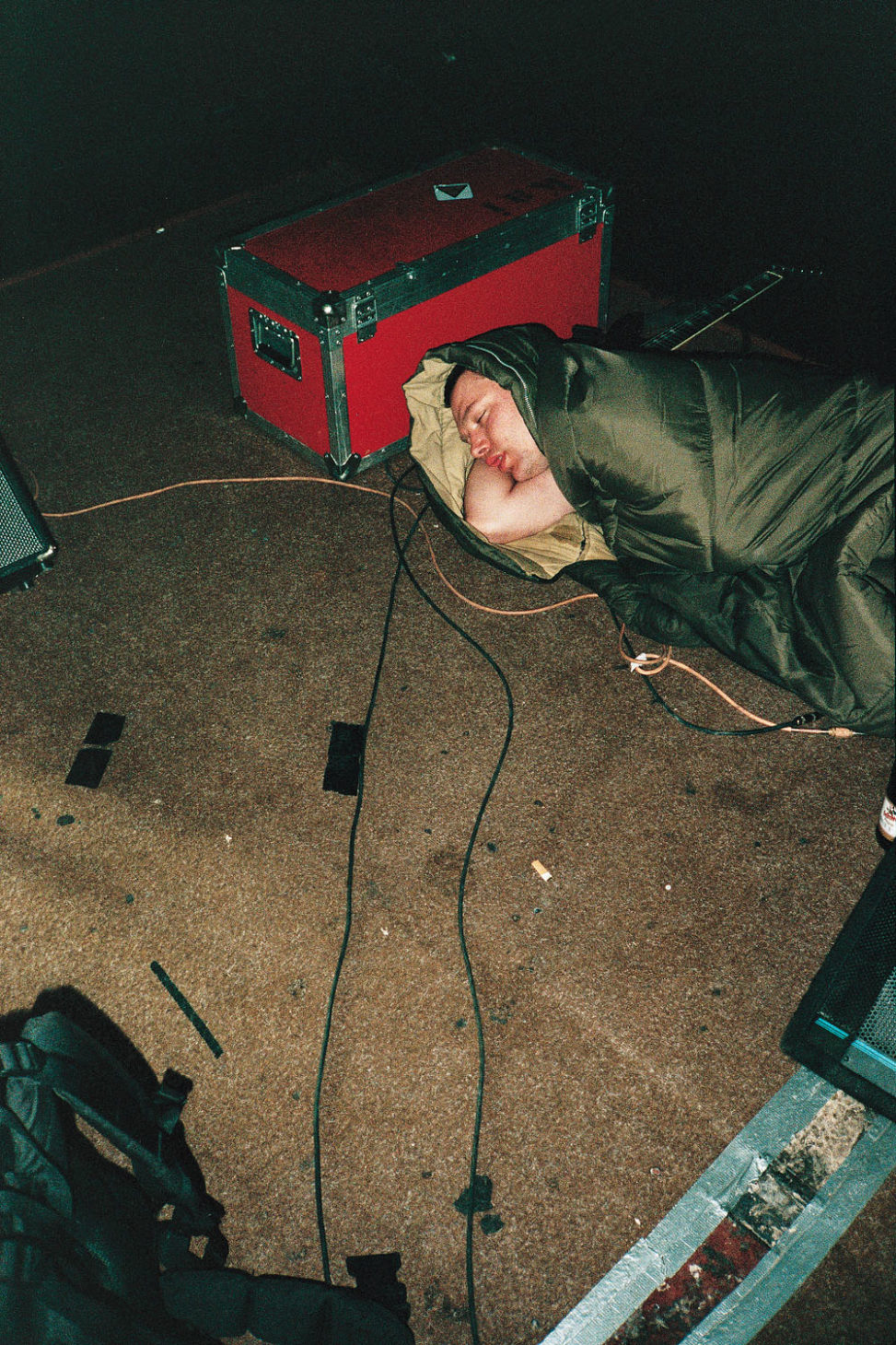 With „LONGE – 44 LENINGRAD”, Göran Gnaudschun introduces a narrative scene report, which brings the punk’s inner perspective and the documentarian’s observatory perspective into congruence. The photographs from the ’96 routine stress of the Potsdam band “44 LENINGRAD” reconstruct the highlights of tour life as an antithesis to normal existence but also as an exception to the general punk rule. Somewhere in the East German provinces between Hoyerswerda and Riesa, the glass-shattering BRAVO-bubble-gum is over with once and for all and there’s nothing left for the photographer and the guitarist to do except actively take part in a riot of laughter in a cul-de-sac.
The casualness and matter-of-factness of the photographic perspective is Gnaudschun’s triumph. Only through working together with the band, do the pictures receive a raw sound, a street credibility – it distracts, yet sharpens the perspective and accents problem situations. These photos have a texture that gives forth much more than something of a pictorial band history could possibly communicate. „LONGE – 44 LENINGRAD” speaks a type of uncorrupted language beyond words and plays on an atmospheric plateau, which comes across suggestive and distanced at the same time. Gnaudschun’s pictures, braced between the camera lens and the guitar string, require no interpretational feedback because they have already been musically branded with an exceptionally wide awareness for obvious connections.

Christoph Tannert, 1998 from „Photography beyond the Tele-Babble” (afterword to the catalogue)