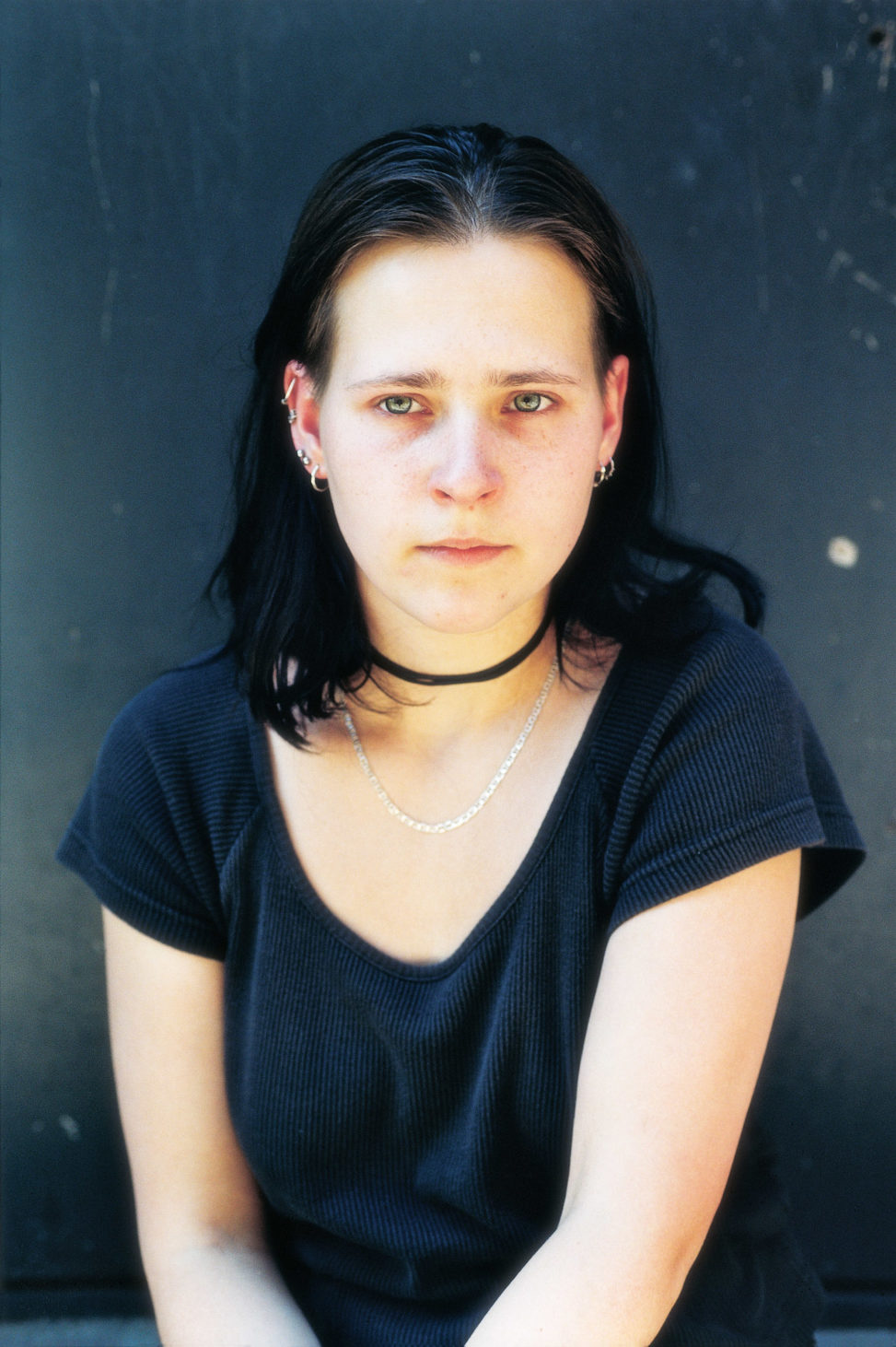 …Göran Gnaudschun has photographed with stunning
sincerity. It is obvious; the portrayed are friends, fellows,
kindred spirits. No namby-pambies, not the pop smugness
of the fashion punx with their gear and its calculated
untidiness, who smell incredibly like a fresh shower.
At the Berliner Kunststiftung Poll, there is an entire
chain of portraits, which Gnaudschun has put together:
photographs of young people between 20 and 30 – with
piercings, dreadlocks, shaved heads, a lot that rest in
their own shadows and a sort from the wilderness. This is
no Hall of Fame – but a Street of the Best, at least, who
go their own way and know that it’s not Champagne that
pulsates through their heart’s chambers. Gnaudschun has
photographed the portrayed in such a way that a small
distance holds to the viewer; not everyone comes so easily
into this microcosm. That’s why the iconoclastic is so
engaging from this perspective. These pictures are openly
demanding of changing times yet incredibly melancholic.
Listless theoretical discharges over a frightening world
do not prevail in them, but rather something like the
beguiling charm of a fiercely euphoric outbreak…