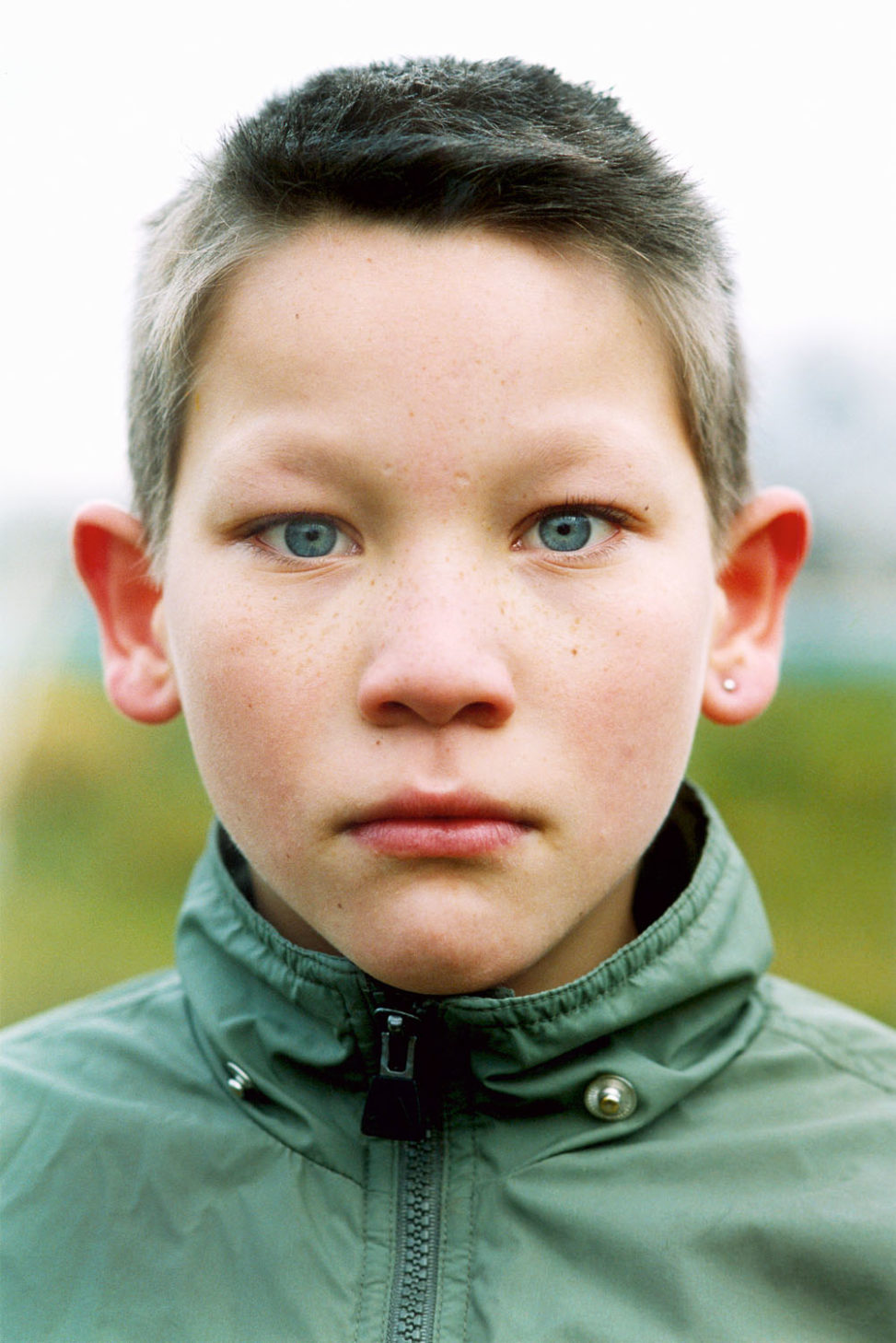 Göran Gnaudschun shows us faces. They are taken frontally, full-format and from comparable distances to the lens. We see them under a soft, shadow free, undramatic light, not grimacing, but not posing either. The backgrounds are quiet, but not studio neutral and not of a milieu-typical genreness either. The eyes and the still looks dominate, which are willingly, almost anticipatively directed toward us. It all seems strangely inexquisite, particularly as it is not named. The portraits are not called Svenny, Christine or Maik. However, the faces do not remain anonymous, because, in the subtle effort on the part of the photographer and his counterpart, the agreement to be open and honest with each other seems to be adhered to. Both are trying to make themselves known in a strange, relaxed and corresponding composure.
The eyes in front of and behind the lens seem to be in agreement with the differences in perspective. All references, all infringements of the concentrated look are avoided so that the expressions shine from as well as past themselves. The face becomes a semblance and the semblance becomes an effigy. The effigy, the occurrence, reconciles the difference between figure and pictorial profile; and it does so in the abstraction of the emotional expression’s concrete order. For Göran Gnaudschun it is the expression of unaffectedness and introspection, but above all, in the order of pictorial representation, the expression of dignity…
It is as if he had suppressed the last two planes from which Barthes speaks, as if the portraits should say, in their restraint and urgency: I am not my image and my image is not I. Further, even: I am not my countenance and my countenance is not I. Harder, still: I am not my image, although my self is an image.