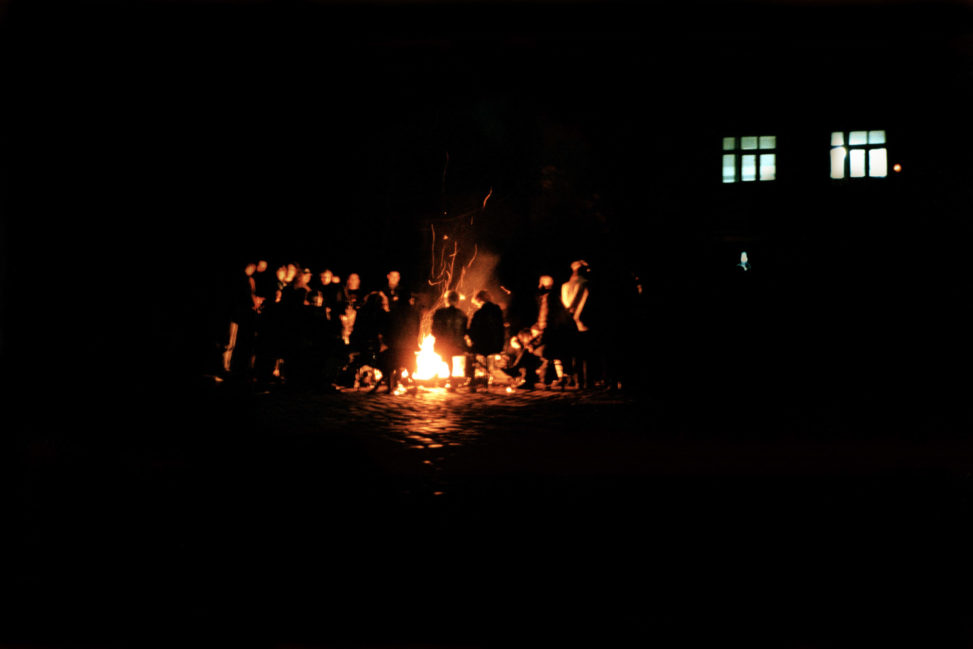 …That the single photographic images, which are, on their own, just components of an entirety, lead to a network of mutually summarizing, commentating and also contradicting visual impressions of a concrete aspect of reality, and to a kind of static film, which draws its dynamic from the visual strength of each individual image, from its specific optics, its format and its colourfulness, as well as its position in the conflictual context of the full picture montage and, of course, the movement of the viewer’s eyes is the deciding point. Göran Gnaudschun connects artful, photographic and filmic elements – the latter manifests in the running gag of a chicken and its chicks – with remarkable sovereignty. He breaks down stylistic, genre-related and medial borders but does not land in the far field of common mediocrity; instead, he sharpens an eye for the contradicting texture of the real – that is, of the experienceable world. With that, he does not succumb to the deceptive belief in the unobstructed representationability of the real. Each picture creates its counter-image in the same moment and, in the end, it is the gaps between the images that fill themselves with the material of reality.