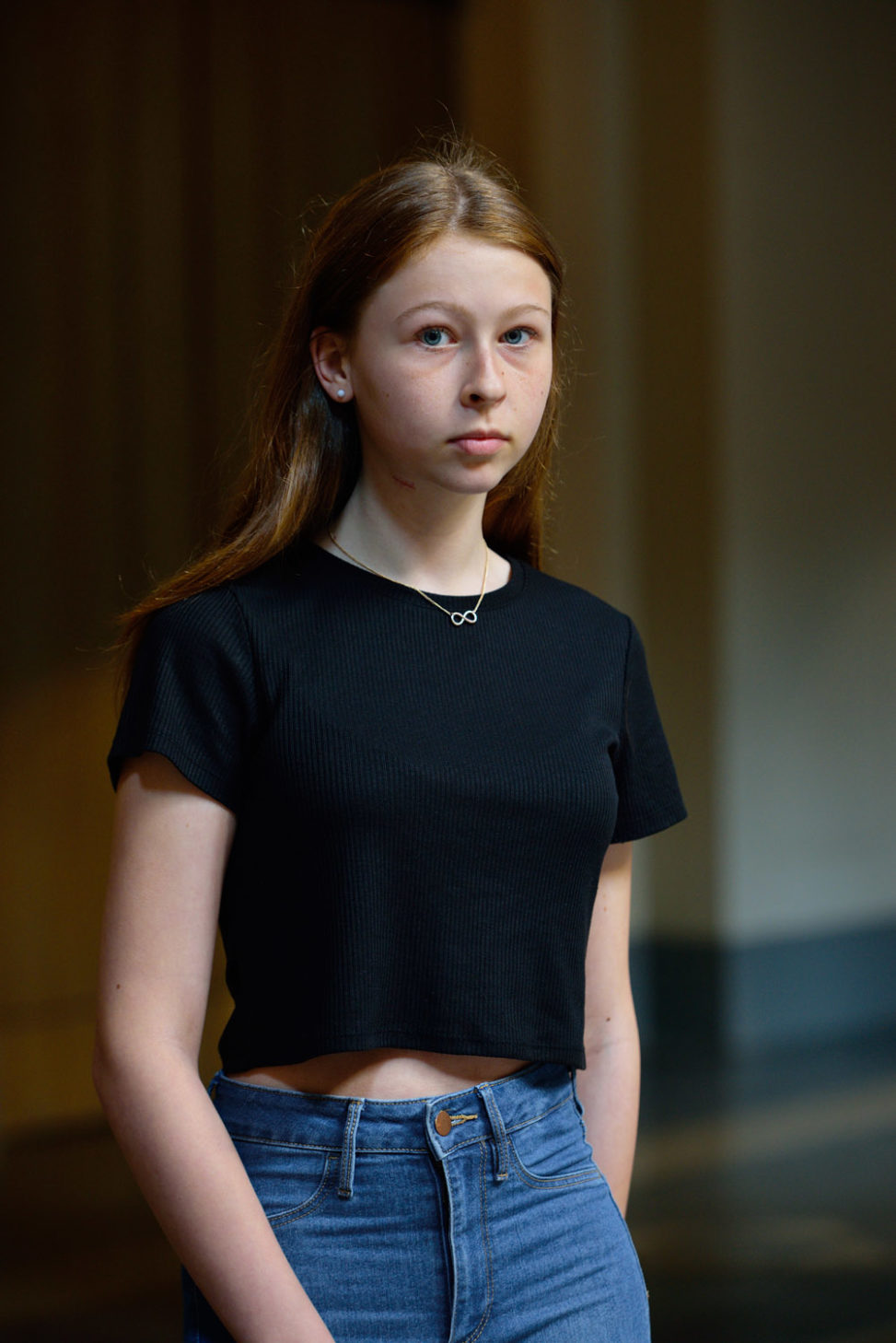 With “Are You Happy?”, in 2019, the Poll Gallery showed a photo series in which Göran Gnaudschun portrays people in the suburbs of Rome. “Alexanderplatz”, “Midland”, or “The Better Life” are the titles of other series for which Gnaudschun has photographed people from different countries and milieus in recent years.

The exhibition “Young Woman with Infinity Necklace: Portraits 1981–2022” attempts to explore the essence of Göran Gnaudschun’s portraits, with a selection of some thirty works of his from various series: How does he succeed again and again in capturing the characteristics of the people he encounters in such immediate and compelling portraits? Is there something that unites all the images? A common thread linking his photographs from the past twenty years? Can we discern a development? In all his photographs, Göran Gnaudschun engages directly with the person being portrayed, with them as an individual and with their reality.

Certainly, there is a “secret” hiding in his methods for photographing strangers, people he does not know. He photographs his subjects without any prior knowledge and waits for something to reveal itself to him. He captures their image at a particular moment, during one period of their life. The photographs thus convey to viewers a feeling, a mood, that makes it possible to identify with their subjects. Perhaps this is what lends a presence to the images even years after they were made?

The exhibition opens a dialogue between black-and-white and colour photographs, and between analogue and digital images, from the past twenty years. Its portraits of women and men, of teenagers and children, are classically composed; at times the face is presented frontally in close-up, at times the images are shots of the whole person. To build a bridge between yesterday and today, the exhibition also shows two photographs of Gnaudschun’s parents as he portrayed them in 1981 at the age of ten. In 2022, just a few weeks ago, he asked his mother and father to stand in front of his camera once again, both striking a similar pose to the one they had taken forty years earlier. Does anything persist across time?