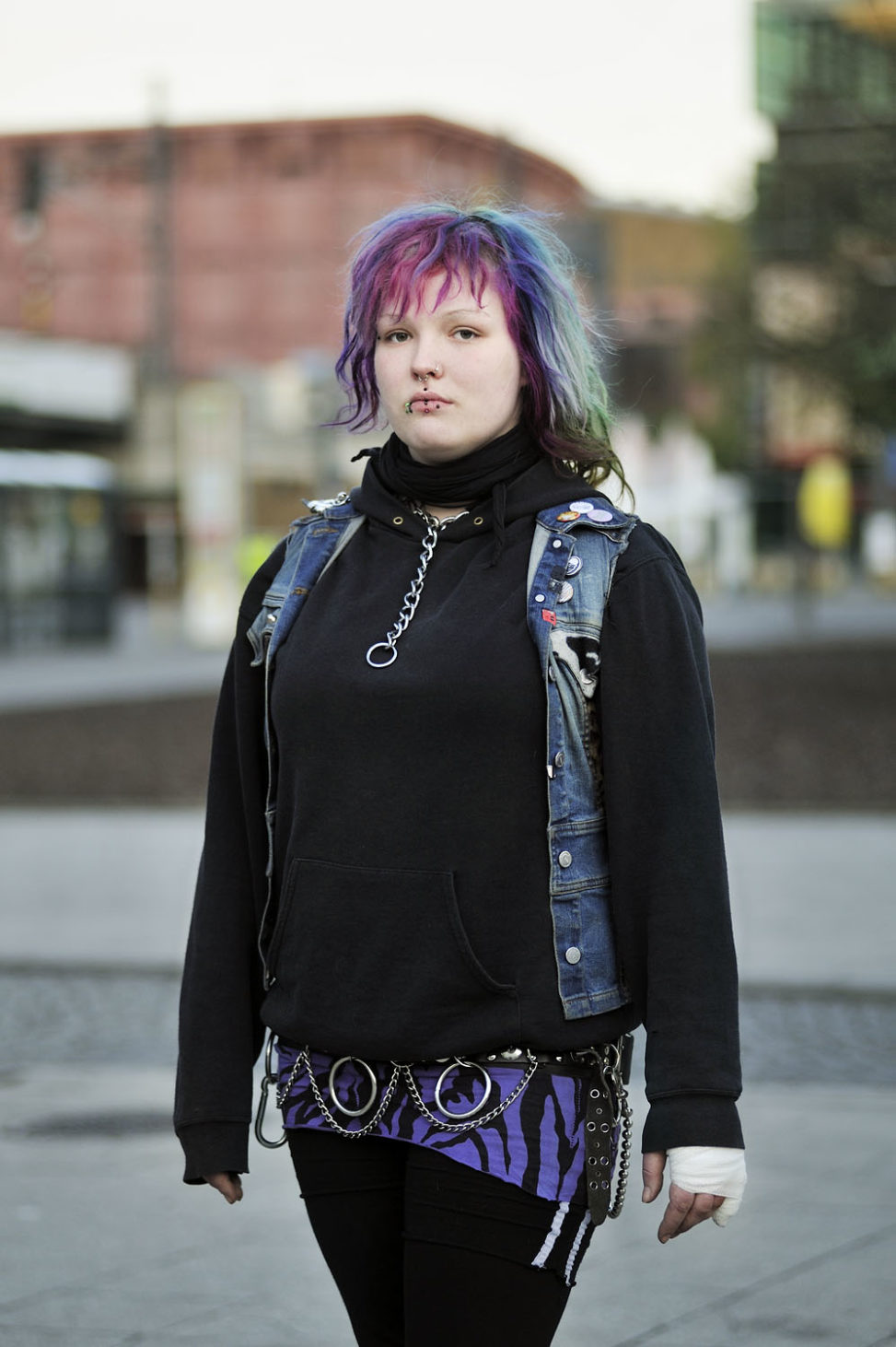 Göran Gnaudschun photographs the young runaways, the stranded, the homeless, the punks and the exhibitionists who gather around Berlin’s Alexanderplatz. This is a milieu shaped by lengthy prison stays, drugs and high amounts of alcohol, where individuals do not or cannot draw on the employment or often even the welfare provided by society. Hardly anyone here has grown up in Berlin. Most have simply wanted to escape the provinces – to get as far away as possible, and there to be someone new. Someone anonymous. Someone who can experience the wider world without a cent in their pocket.

A few have already lived on the streets of other German cities. Others want to move on, but instead remain for years at Alex, where the young grow up quickly and the adults get old fast. Gnaudschun portrays the people here with a care to bring an aspect of their nearly submerged self-worth and intensity to the light. He photographs situations in which the protagonists symbolically reveal themselves and their life journeys – a process he then embellishes with interviews and personal reflections on the complex phenomenon of Alexanderplatz.   Berlin Alexanderplatz is a work in which text and image complement one another as it closely and subjectively details the lives of young people on the margins of society.