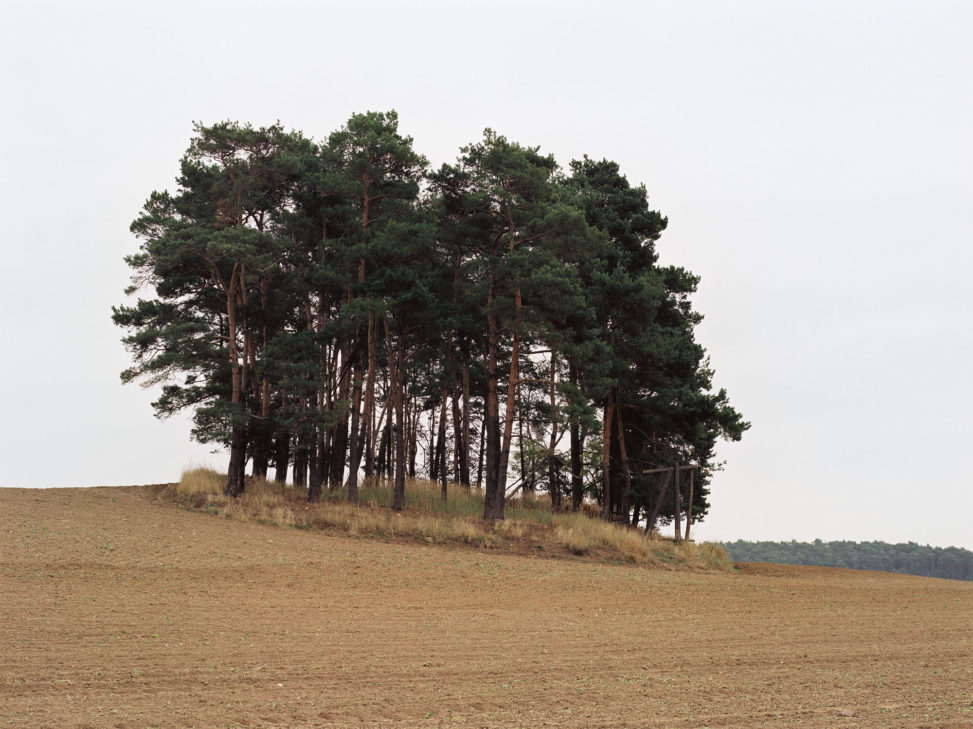 The “Islands” are groups of trees – places, the not agriculturally used to be in the for the ur times around. They are impurities in another unified area, but there are also places that structure them. It releases something that changes very clearly from the environment in which it opposes itself, protruding beyond it.
I am looking for the “perfect” group of trees, for a constellation that unites everything: the pine group on the harvested, plowed field, the sky on the cloud is so much that the white effects; into an inner unity that creates a transformation, a kind of space of interpretation.
An ordered field, dug up land, but nothing is growing on it yet – end and new – beginning in a landscape that remains motionless. There is no wind, no animal and no change, everything is in the beginning.
Landscape is patient, landscape is itself, landscape is made, landscape does not matter what it looks like, landscape is freed from the story.
What is outside and what is inside? As you walk through a landscape, my world of imagination changes, the interior populates the exterior and the exterior influences the interior. It can lead to a conversation between me and the landscape, but then turns out to be a soliloquy. This is similar to going through a landscape and looking at a landscape.
To oppose and open, to conceal and confess, to capture and to be influenced: this reality is in ourselves. I leave nothing in the landscape but footprints, but I take something with me, which is not missing there.