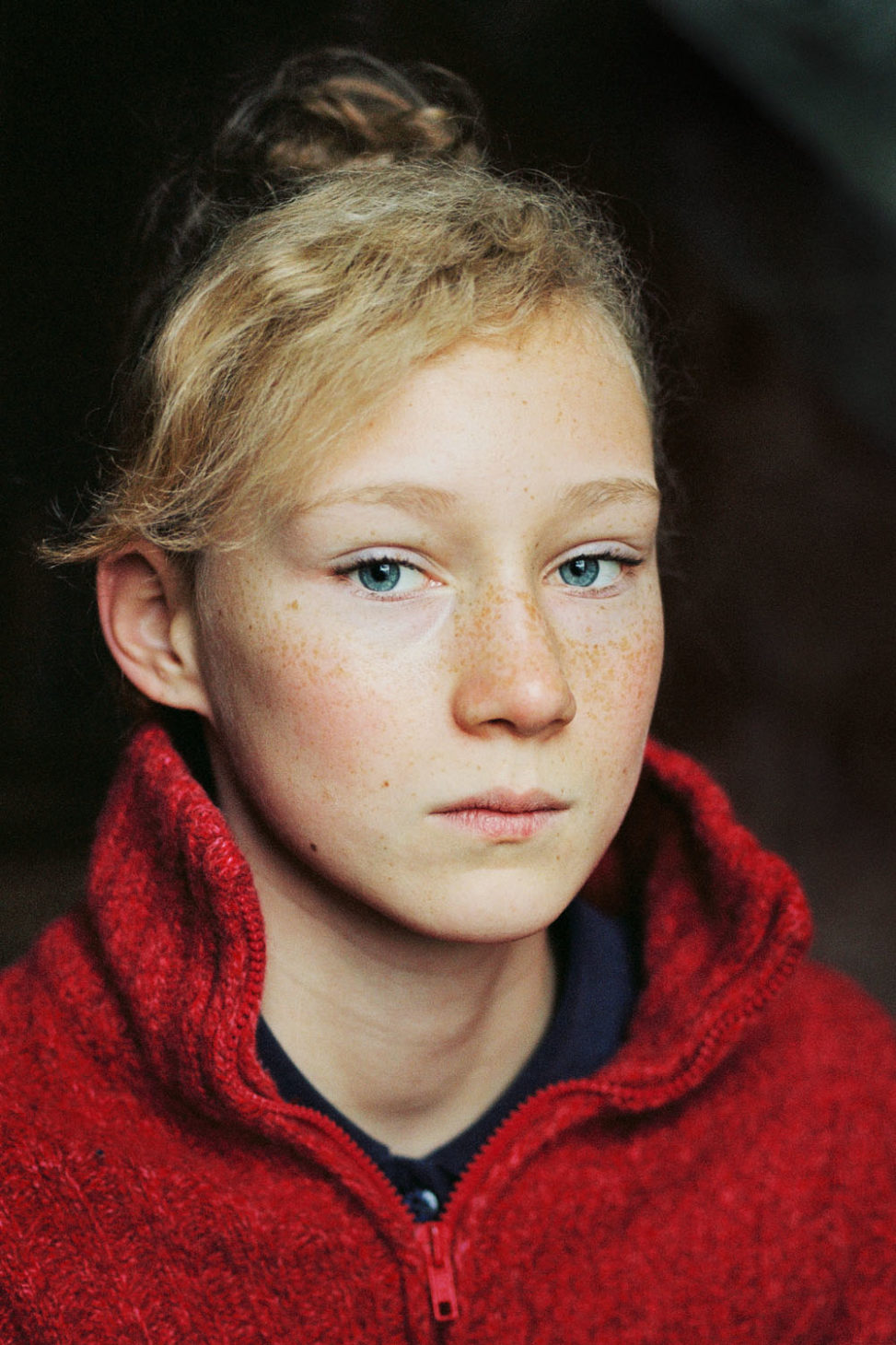 During the process of portraiture, a very fragile state can take form when the people seemingly have found themselves. For one short moment, it seems possible that the inner and the outer form one unity. Somewhere between tension and disengagement, between controland self-abandonment; it is fleeting, and the photography remains its only standing memory.

This moment however, is probably less present in the person than it is in his picture. There is a certain something that can only materialize in the process of portraiture. I believe in photographs because I know that they lie, that they tell something different from that which was at hand.

Eyewitnesses serve as a means of fictionalization, for recreation and for transformation. Material that stems from reality, but has with it only the origin of the oncebeing in common. Everything else is interpretation.

An intensity in the picture is created with help of the look of the facial expression, the posture and the light. Intensity that is formed by moments in transition: when the gaze is neither directed at the viewer nor the photographer, but when it is also not yet fully withdrawn and internalized. These moments, with their different nuances, tell more about self-confidence than about self portrayal.