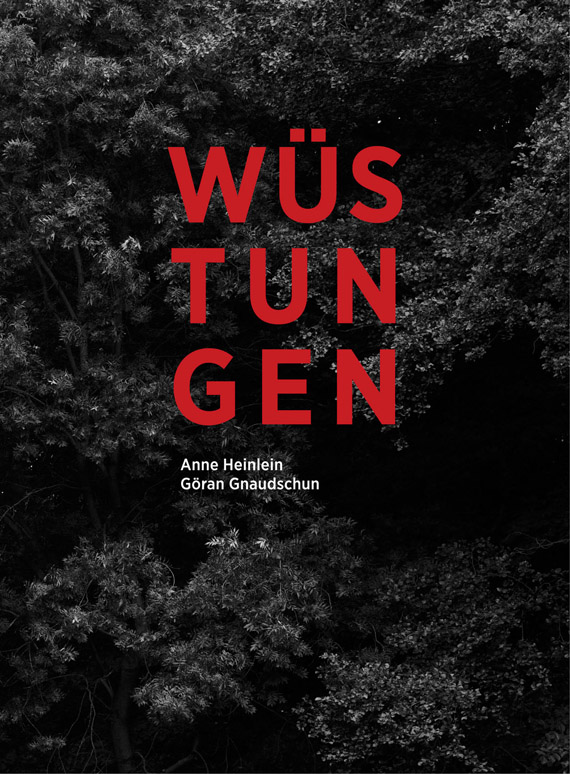 Deserted Sites A Wüstung is a settlement or industrial site abandoned the past. The German word is used for places that have become deserted wasteland as a result of wars, pestilence, agricultural crises or similar events; places where people used to live, although the only reminders of that are now relics in the ground, documents, or oral records.

More than a hundred villages, farms, ham lets and individual homesteads were razed to the ground on the GDR side of the inner-German border between 1952 and 1988. They stood in the way of a clear line of fire, could not be guarded properly, or were simply too close to the border. The people who lived there were forced to move elsewhere, losing their homes forever.

For several years we have made an intense study of these currently deserted sites, the people who lived there, and their stories.

Anne Heinlein produced large-format, black and white landscape photos of the sites. Meadows, woods, corners of landscape, and other small areas can be seen; in them, as if on an empty stage, the viewer can imagine houses, streets and farms. This appears to be landscape photography, but with background knowledge it turns into a space for reflection on the significance of home and its loss, but also on nature, which recaptures its own space untouched by anything else.

In order to understand why the sites had become deserted, we researched into the historical circumstances in the archives of the Stasi, the GDR border guards, and the Federal Border Police, as well as in museums. We interviewed contemporary witnesses and were able to search their private albums for pictures that not only documented life in those places but were also universally valid. Found photos, documents and maps are part of the work, which deals with documentary materials on various levels.

In the book of Wüstungen Göran Gnaudschun then sets his texts opposite these images. The layering of temporal levels is important to him: he creates a montage from his own experiences of the deserted sites and their history, as well as the former inhabitants’ fates. As in the work’s images, the time periods are interlocking, they do not follow a linear sequence but stand side by side associatively.

In a consciously free handling of the documentary material, we make it clear that large-scale abstract plans always have an additional personal impact. The images and texts thematize the passage of time, how people deal with memory, and the effects of flight and expulsion as the consequence of closed, fiercely guarded borders.