His work “Are You Happy?” is situated in the eastern periphery of Rome. An area where living conditions are rather cramped, residential blocks rise like walls, and abandoned agricultural land appears out of nowhere. Where young, trendy districts bleed into residential areas for white and blue-collar workers and for people whose means of income is anything but clear. And, as one continues eastward, things become increasingly poorer. High-rise complexes, shells of unfinished buildings, problematic districts. The ancient city wall divides the periphery from the postcard city of Rome.

In one of his latest series, Gnaudschun is concerned with the question of being, of living space and lifespans. The concreteness of the portraits and the suggestive atmospheres of the urban spaces negotiate the present of the generally human: “Are you happy?”

There is an introduction by Emilia Giorgi, who is also one of the authors of the book. There is an exhibition in the bookstore Leporellobooks and open air in the area around. 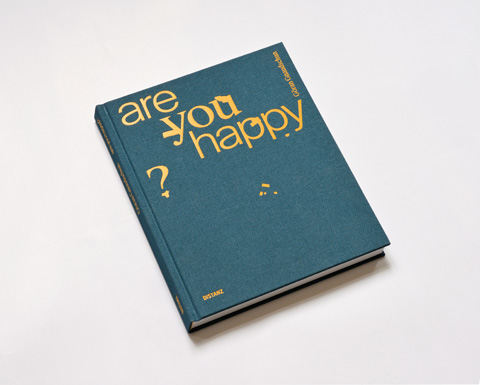