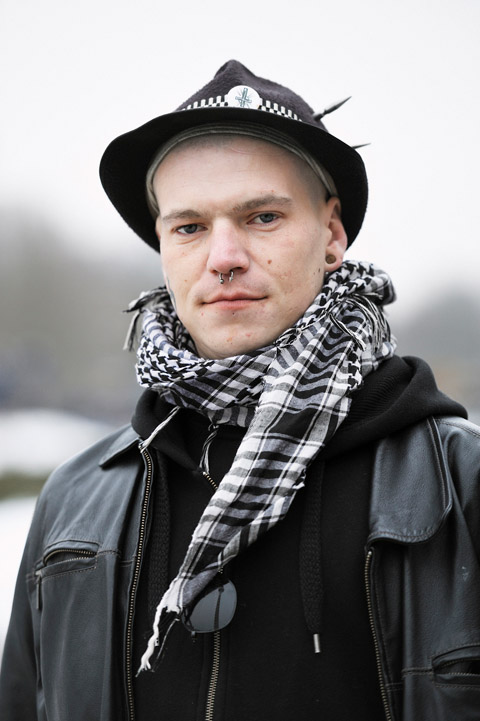 100 years of Großberlin, 75 years after the war, 30 years after the reunification. The year 2020 is a jubilee year for Berlin, which will be commemorated with a photo exhibition in the Kühlhaus Berlin – a listed industrial building in the city centre. To mark the European Month of Photography on three floors with 1500 square metres of exhibition space, the exhibition Fokus Berlin presents a picture of Berlin in the course of the last forty years. The focus is on the works of selected contemporary photographers who have taken up the theme of Berlin since reunification. Their work cycles illuminate the various facets of Berlin, show the different perspectives of the photographers on the city and are an example of how diversely the medium of photography is handled from a technical point of view. Christian Schulz has lived in Berlin since the 80s and is a press photographer with his Leica, is present at every major event in Berlin. Among other things, he shows works by Berliners celebrating the fall of the wall and reunification. Christian von Steffelin has been documenting Berlin with the large format camera since the early 1990s. His documentary “Tatort Mauerland” shows places where people were shot while trying to escape at the Wall. The interim pictures from the newly emerging Berlin by Susanne Brodhage or the portrait of the street on Kurfürstenstraße by Kathrin Tschirner and the places of history by Matthias Koch, which he photographed from a height of thirty metres from his converted fire engine, are further faces of the city of Berlin. With his night pictures Markus Lehr conveys a special view of Berlin’s unnoticed places like railway crossings, backyards. While Grant Simon Rogers roams through the gardens and parks of Berlin to capture the beauty of Berlin’s nature. Anastasia Khoroshilova has created an impressive portrait of Fasanenplatz and its people. Roland Wirtz shows brilliant unique specimens on Cibachrome positive paper of Berlin like the last day of Tempelhof Airport or the Hotel Bogata and photos of the former border between East and West Berlin, which he captured with his van converted into a camera. Alexanderplatz is staged differently by three photographers. Adam Magyar shows a video projection in ultra-slowmotion of waiting passengers, which was recorded during the entry of the underground train into the station with a high-speed camera specially modified by him. Götz Diergarten photographed the deserted underground station with his large-format camera. Göran Gnaudschun dedicated himself to the people for whom Alexanderplatz has become a home. Krystian Krypton Kolbe also focuses on the people in his works and creates a magnificent series of portraits of visual artists living in Berlin that testifies to their closeness.” – Marianne Kapfer